I used to work in this local store that had a single user bathroom that locked! (would I work anywhere else?)

I could pee in there with no problems, unless there was someone in the stockroom directly on the other side of the door. Then it would be more difficult and take me longer, but I could still go.

Normally there were 2 or 3 other employees working, so leaving for a bathroom break was easy. I felt alone and safe. 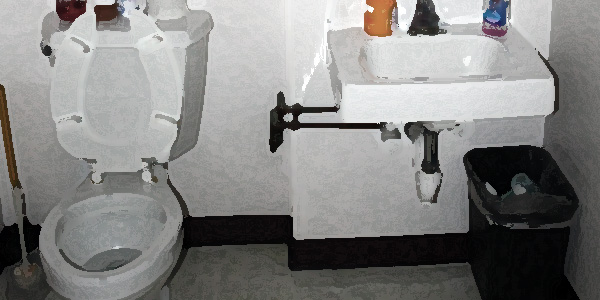 That is, if there were other employees in the store to man the counter.

You see, twice a week we would split a day to give each other the afternoon off.

It worked out great, but the issue was, that would generally leave me by myself for 4 hours or so. Sometimes more depending on how busy we were and how many customers were left in the store at closing time. Of course, I always had to wait for them!

I would prepare for days like this by drinking very little liquids (not easy coming from a huge coffee drinker). Half the time I was fine. The other half, I would have to pee about 2-3 hours into the shift. Not cool!


It made me feel rushed!

I had to pee quickly. Get in, Get out! And that was tough. Peeing under pressure is not something I do. It was not easy nor fun.

A couple of times I’d stand there in the bathroom (ears always peeled for the faint sound of the front door) and try to go. Even being alone in the store, in a safe bathroom, I still had anxiety because I knew someone could come in. They could come into the store and be waiting at the counter for me (which has happened). Or knocking on the stockroom door (ditto). Or I’d run into them in the isle and it would startle me (all true).

And it did happen a couple of times which just heightened my fears when I did take the odd chance to go.

So what eventually happened is the fact that I would just curb the bathroom break and hold it for the entire shift.

I would feel shamed and embarrassed if someone were waiting for me because I would know that they knew that I was in the bathroom!

I held it all night long until the very last customer was out the door. And many times that was excruciating!

I couldn’t get the customers out fast enough some times so I could lock the door and dart to the back room to piss.

It’s tough peeing with a time limit. It’s like a ticking bomb. I can’t do it.

My shifts there were easy and laid back. I enjoyed it. But not when I had to pee.

I still had a hard time going.

Damn, someone’s at the door!