Boy Do I Hate You!

I go see the Movie “Rush” today. Great movie! I really liked it. 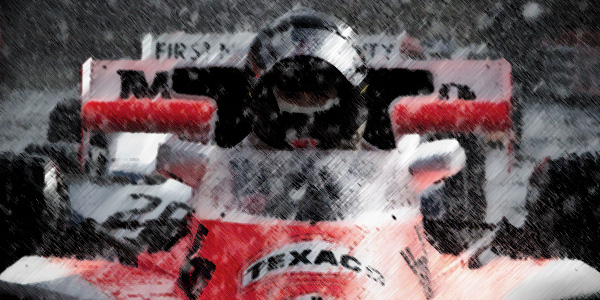 However, about halfway into the movie my Large Cherry Slushie started talking to me.


I needed to Pee!

I get comfortable in my seat and I keep watching the movie.

My urge to urinate increases.

Now, it’s either I really had to Pee, or the movie was long (it wasn’t long – 123 minutes), but I really began to feel uncomfortable sitting there.


I could tell my bladder was stretching!

It made it difficult to watch the rest of the movie because all I could think about was holding it until I got home. How much longer would that be?

Just when I thought the movie was about over, it kept going. Another race, another rivalry, another scene, and another…

It seemed like it would NOT STOP! The movie was great, don’t get me wrong, Ron Howard did an excellent job, but my bladder didn’t think so!

Well the movie FINALLY ends, and I am out of my seat in one second flat. I need to leave now. I need to pee now!

We get in the lobby and my friend Mike goes into the bathroom to pee. Damn! I envy that! But I don’t like the fact that I have to wait longer because he wants to relieve himself and I’m too damned scared to step foot in the bathroom!

I wait some more. As I’m standing there uncomfortably shuffling my feet, I watch as all the guys go in the bathroom and pee. They all come out looking very much relieved and refreshed.

I had a hard time waiting. I wanted to fly home, I really couldn’t think about anything else.

Mike comes out. We’re talking about the movie and how competition really drives people to excellence (I’m doing everything I can to distract my mind) and then he says something about wanting to stop off at Office Max to get something…

I say “I have to pee really badly!“

Mike understands what I’m going through. It’s hard for him to relate though because, as he says “I just go“. It’s not a problem for him.

But he knows it’s something that I’m dealing with and he’ll help in any way he can.

Right now, there’s only one thing he can do: Get me home quickly! If we had a Formula 1 Race Car, we could get home in minutes. But sadly, we don’t. It took 20.

Still, we get home, and I finally get to pee.

I hated how I couldn’t walk into the theater bathroom (I have before). I made zero attempt! Nada! A lot of it for me is knowing that I wouldn’t have been able to go in there, and that all that walking into the bathroom would have done is delayed getting home even more and taken longer for me to pee. Crazy thought process!

I understand what it’s doing and why. I don’t like it, but I get it!

I also understand that it will also avoid any kind of Recovery because that’s also putting itself into an uncomfortable situation.

Everything about Paruresis makes it difficult to go!

I’ve still been using my Cognitive Metadata Techniques. I’ve been singing the exact same song in my head for the entire day now as I’m going in and peeing. I also downloaded the music and lyrics so I could plant them securely in my brain. I’m trying to link the song and urination together.

We’ll see how it goes. It’s only been a day, and I believe it’ll probably take a good week of doing this before I feel results!


Something’s got to work!

And whatever you do…