You NEVER know what to expect.

We see a Cirque du Soleil Show Yesterday (Kurios Cabinet of Curiosities), that was set up in an outside tent…

The Show had a LOT of Laughter and was simply Amazing. They had an extremely talented Cast of Acrobats.


But here’s diving into the mind of a Paruretic…

As the show progresses, out comes a two-headed man (Siamese Twins)… 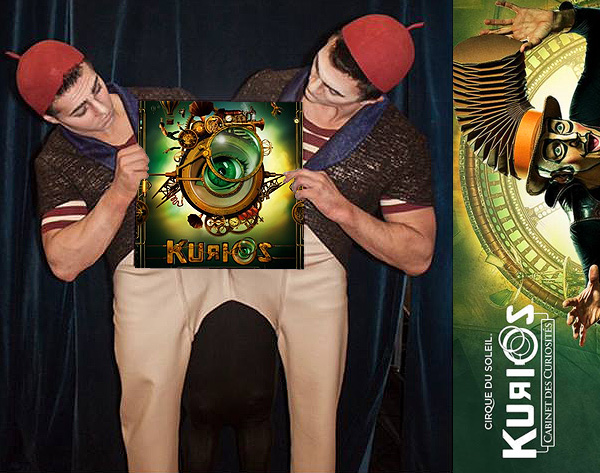 It was supposed to look like One Man with Two Heads. And from a Distance, with the Lights and Dark Background, the Effect worked Great! But of course, as he comes closer you can see that it’s Two Guys side by side in the same Outfit. Two Arms and Two Legs were showing, and their other Legs were covered in Black, so you couldn’t see them. They were Wrapped around each other and Hanging on to keep Balance and Appearance… And they were like this for most of the Show…


Hooked Together For HOURS!

And so, I see this, and the first thing I think is “How do they Pee?“

Crazy thinking, but for a person with Shy Bladder Syndrome, it’s easy to think. “I could NEVER Pee like that. With someone Attached to me… right there… Touching, Holding…!!!”

I say that to Mike later on and he says “They probably just Peed before they got into Costume!“

See how my mind works. I worry about how THEY could Pee! HA!

While at the show, Mike drinks beer. I drink nothing. He had to go to the Bathroom during Intermission. He comes back after 15 minutes and says “That was CRAZY!“

He says the make-shift Bathroom was outside the Tent, in trailers, and he says that they were co-ed, and the lines were insane and unorganized.

He says you had to go up the stairs to Pee, then down stairs to the Sink. He says that as you stood there in line waiting, you could see the People’s Feet in the Bathroom. He said there was a 3-4″ gap underneath the Front Door and Back, so you could see right through the entire Bathroom!

Everyone could see you in there, what you were doing, which way you were facing, how long you were taking, and they could probably even HEAR you.

I probably wouldn’t be able to go. So I’m happy I didn’t have to.


After the show, we go to get Pizza!

We end up at Boston Pizza not far from the Royal York Hotel.

The place was Busy. The Pizza was Great! The Dessert was AWESOME… 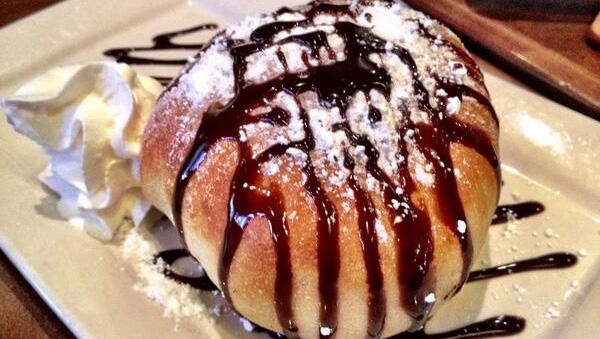 So, all the while I’m drinking Root Beer. Mike’s having more Beers.


Before we go, he heads to the Bathroom!

I ponder going or not. My Anxiety is up since it’s a Sports Place with TV monitors everywhere, the Hockey Game was on (and when the Team Scored, they’d Flash the Lights in the whole Restaurant ON and OFF).

I decide I should make an attempt, since I didn’t have the balls at the Show!

Mike comes back, and I know he’s gonna have a Comment about the Bathroom…

His eyes get huge and he says to me “The bathroom is Small, like a Closet!“

But I’m already up and outta my Seat, NO stopping me now…

I walk down the long hall and find the Men’s Room.

I push the door open… and boy was Mike right.

Probably one of the Smallest Bathrooms I’ve seen in Public (that’s not a single user).


Thankfully it was empty!

It had a Sink, 2 Urinals, and one Stall. The layout seemed about 6 feet in all… Claustrophobic… Dark… Quiet!!! 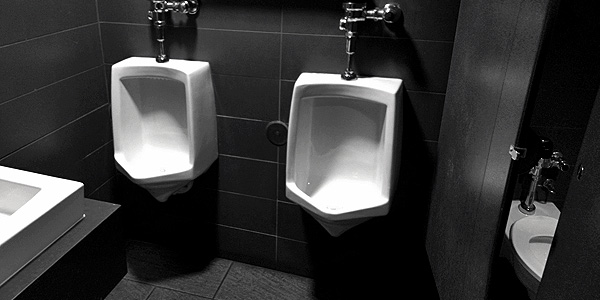 The two Urinals were close with NO Dividers… and it was Ultra Quiet in there. It would be very awkward for two people to stand there at the Urinals, huddled together to Pee. WOW!

I step up to the Corner Urinal…

I did that after a bit of hesitation… I mean, if I were to take the 1st Urinal (right next to the Stall), and someone were to walk in on me, then they’d have to Squish past me, around the Sink and into the Corner… Not Cool! Too Tight of Space for all that Maneuvering… So into the Corner I go.

I Unzip. Hold my breath, and apply some gently pressure down.

I also pull out my phone to distract me… (Hey, these would be the Perfect Urinals for the Guy with Two Heads)… :)

After about 20 seconds, I begin to Pee.

And the whole time I was alone.

I Emptied my Bladder, washed up and left.


I got lucky that time!

That was certainly the Bathroom from Hell. It could have given me Huge Problems… But, I was the only one…

Tonight, was a Good Night!

Because we still had a couple of blocks to walk, and the Weather was around 45 degrees… A little Chilly to have a Full Bladder!

So that was the Boston Pizza, and their Tiny, Tiny Bathroom.

2 Responses to The Boston Pizza Bathroom