This is what Paruretics do: We fool you!

That’s right, if I’m in a bathroom trying to go, and for some reason (one out of a thousand reasons) I can’t, then I’m still going to act like I did.

I’ll stand there and try to pee, and if the bathroom is too busy, too quiet, too many guys waiting, someone in the next stall… I’ll finally give up after standing there for what seems like eons. I won’t pee, my frozen bladder has won this match. I’ve failed.

And this is what I do…

I still flush the toilet (empty as it is) to give the grand impression that I went.

I wash and dry my hands like everyone else.

Hey, I’m normal. I fooled everyone into thinking I just peed. I’m the same as you and, well, you.

I went (wink wink), so if there was any question in your mind as to whether or not I peed (sounds stupid to say, but I know that’s what you’re thinking), then I’ll squash those thoughts and confirm to you that “YES I DID PEE!“

What a crazy game to play. I guess it could look worse. People could see me come out of the stall and leave without washing up. That would just look gross! And Be gross!


You know what’s on those doors and handles?

After all, you did touch the latch (used my foot to lift the seat), and latches are probably some of the germiest items around. You don’t want to touch those! After all, I was just touching my junk as well…

So I wash my hands. And even then, you still have to touch the door knob on the way out… That’s even grosser to think about!

You always see those bathroom door hygiene signs that state “Caution: 92% of guys say they washed. 34% were lying.“

And where’s the door handle? Right where the guys crotch is… 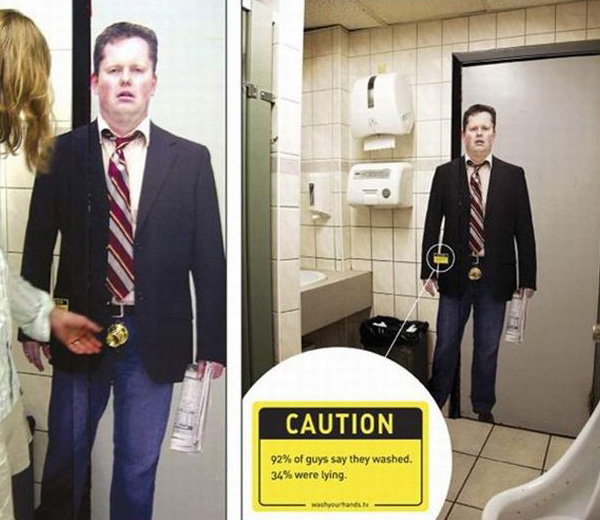 Makes you think twice about reaching out and grasping the knob.

I wash up like everyone else, trying not to look anyone in the eye, and walk out the bathroom like I’m relieved and ready for another round of drinks. Bring it on!


That’s farthest from the truth!

I won’t be drinking anymore. I won’t even want to stay. My mind is screaming “I need to leave! I need to pee! I have to go! I can’t go here! HELP!“

But this Social Phobia is NOT Foolish!