“No one’s in the Bathroom”

My friend Mike is funny.

I tell him a little about my Paruresis (this is the only friend that knows), and he’s been pretty understanding.

Who knows, he may laugh behind my back, but to my face he seems sincere and he does what he can to help my condition even though he doesn’t fully get it.

We’re out to eat at a burger joint and we’re sitting on the patio enjoying the sun and the drinks. 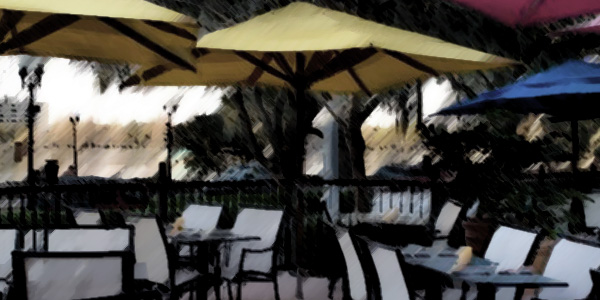 He goes into the restaurant to pee and he comes back a minute later and states (as a matter of factly) “That’s a Bathroom you could use!“

“Is it a single user bathroom?” I inquire.

He looks at me puzzled “No, but there’s nobody in there!“

I give him credit for trying, but he doesn’t really understand that “Nobody in there” doesn’t help me much.

My fear, and experience tells me that nobody is in there RIGHT NOW! As soon as I go into the john, someone else will undoubtedly walk in behind me. Surprise, it’s not empty anymore.

It could be quiet for twenty minutes, but the second I decide to step foot in there, suddenly every guy in the restaurant needs to urinate.

For me to feel totally safe and at ease and be able to go with no problems, I’ll need a single user bathroom with a lock on the door. That’s a bathroom I could pee in.

So did I take that chance?

Granted, I didn’t really have to go (Paruresis talking), but even if I did, I probably wouldn’t have. I wasn’t far from my home and we were just about done, so it’s no big deal to hold it.

Yes, I could see the light at the end of the tunnel and I let that influence me. My bladder isn’t screaming, I’m good right now. Why put myself through an uncomfortable situation if I don’t have to? eh?

Because it’s true, “Empty” isn’t really “Empty“, it’s only “Empty” for a second. In a minute it could be “Crowded“!

And that’s a crowd I’d rather avoid!